ISOLATION: Nothing I Can Do But Be Here 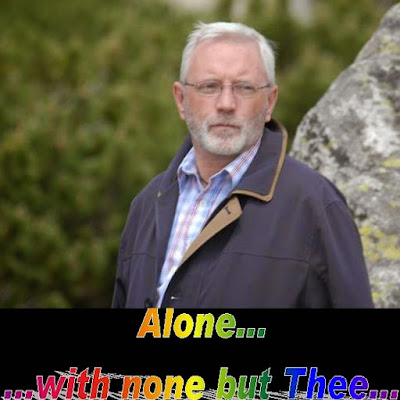 It’ been a long time since I ate a boiled egg. Years and years, as my father would say and it’s my father who comes to mind as I crack the shell with a spoon like I did when I was a child with a kind of a delicate air. My father’s breaking of the shell was more like a beheading, done decisively, incisively with a knife. Straight across, no messing. Unless the egg was soft!

In most other things my father was not like that, being decisive only about time and work and perhaps going for a pint. Otherwise, he was quiet, very gentle and almost unseen. Very non-violent. Peace loving to a fault.

In these uncertain times we might long for a decisiveness that would last, for plans that would endure but we can’t be sure that any of our decisions will survive beyond the moment.

On Friday I posted on our website my plans for the parish for the next two weeks. Normally I go week by week but some parishioners were asking for plans that went beyond Christmas so I made a plan up as far as January 1, 2021 and something within me said that these plans might not work, that they would be subject to change. That “something within me” has been incredibly accurate of late.

The plans unravelled within a day when I received a very decisive and incisive phone call from the NHS Test and Trace after “something within me” said I needed to go upstairs before Mass. That’s when the phone rang and normally, I wouldn’t answer it so close to Mass time. But I did and the voice asked my name in a strange accent and then said something like, “I need to inform you that you are legally obliged to self-isolate immediately!”

That threw me into a bit of a spin and when I said that I was due to say Mass in a few minutes, that people are waiting, he repeated the exact same sentence as if it were an automatic recording. “This phone call will take about twenty minutes!” he said. “I can’t do twenty minutes now.” I said, “I have to tell the people in the church.” “May I remind you that you are legally obliged to self-isolate immediately!” But I persuaded him to let me go and asked him to call back in five minutes.

So, I ran down to the church and remarked to myself how lovely it looked and felt. Went to the microphone, somewhat out of breath, my thoughts spinning – there are funerals that will have to be re-arranged, a visit to school cancelled, the Ordination to the Diaconate of Stephen O’Brien to be missed, and many other considerations.

I made the announcement, explaining the situation. Looking at all the lovely faces I felt a great dislike for what I was saying, doing. A priest never likes to leave the congregation in the lurch, to send them away into the night. And I didn’t even think of giving them a blessing which is what they would like me to have done. Asked them to let me leave first, waved at Terry to shut everything down, blow out the candles, switch off the lights. This was all bound to happen. We’ve gotten away lightly till now and I’m worried about who might be affected. The numbers in Hastings have been rising rapidly in the past few days.

The response from the parish community has been typically positive, generous, loving and concerned. If I accepted all the offers of shopping, I could open a supermarket. And all the prayers that are being prayed! An ending to the day that could not have been predicted when I got up in the morning.

The other surprise of the day was Samuel. Since he hadn’t taken his tent with him, I was planning to go in search of him to ask his permission to use his tent as an outdoor crib for Christmas. But as it turned out there was no need to go in search of him because when I walked out my door, there he was with all of his belongings standing by his tent. He was back! The emergency accommodation didn’t work out and he was looking very contrite, offering to move his tent if that was what I wanted. But how could I send him away when I had been planning to use his tent? I could hardly evict him now, not that I wanted to. The sight of him gladdened my heart and he was glad to be back near the church and looked forward to resuming our conversations, though my isolation put that on hold too.

I experience a certain amount of guilt at having all this time to myself, not being able to do what I should be doing, especially when I’m feeling fine and do not have the virus myself. Then a thought came to me when I was praying, a memory of a poem that speaks about how Jesus on the Cross was prevented from doing what He would want – that hands that longed to heal were held back from doing anything, held back because He was nailed to the Cross. It strikes me now that the same applies to Jesus in the womb. While He was in the womb there was nothing at all He could do about the needs of humanity. He simply had to be carried. So now it seems that this church in which I pray alone is the womb for me, the reality in which there is nothing I can do but be here, be carried. And to be in solidarity with all who experience isolation of any kind.

The experience has alerted me again to the closeness of the virus, made me even more aware of the seriousness of it and it has made me more cautious. So, I will wait within this Advent isolation and make use of it in the best way I can and I pray for the whole parish community and those beyond who are most in need of the Merciful Love of the Lord. 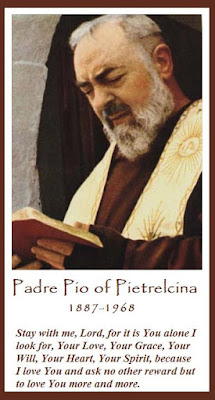