Showing posts from April, 2020
Show all

Song For Michael: The Trees Are Sweetly Blooming

DAISIES THROUGH MY LETTERBOX 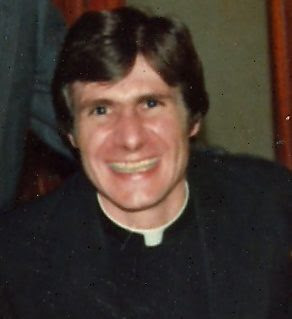 Father Michael Clarke in 1980 Divine Mercy Sunday with the sun setting behind Bulverhythe Beach as I turn for home, word comes that Michael is very ill with an infection that he might not pull out of. He has been ill for more than forty years. We have been close friends longer than that and there have been times when we were sure he was going to die, prepared ourselves for it. He has always rallied. But he might not rally now and I ache to see him, an ache that cannot be relieved because of the coronavirus. They are in lockdown and I cannot risk being the bearer of the virus. O Christ, do you roll yourself into a ball within me and I roll myself into a ball within you? A ball of pain, regret, neglect and guilt. A ball of love and friendship. A great big ball of sorrow that he will die and I will not see him again in this world. But maybe I will. Maybe You will let it be so. If it be Your Will, You will show me and I will wait for whatever it will be. The regret, neglect and guil
Post a Comment
Read more

THE UPPER ROOM : A Meditation in time of isolation

This is an extract from the Mass of Divine Mercy Sunday. The Gospel of John 20:19-31 and a short reflection on it, a meditation on the isolation of the early Christian Community. It might be of help in our time of isolation as a result of the coronavirus.
Post a Comment
Read more

You Raise Me Up To More Than I Can Be

THESE BOOTS AND THE EDGE OF WONDER 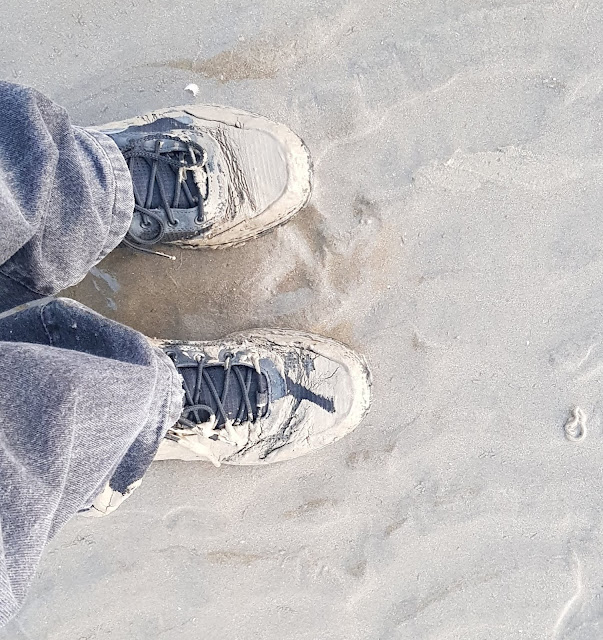 Shock! Shock breaks into the bubble in which I have been living. It has smashed my window, cast a rock through my senses, shattered my asylum. I have recognized its threat in my head but it has been easy enough to live at a distance from it, solitude being not a problem. But now it has gripped my heart, clenched my gut in its fist. I can hear the note of hysteria in my voice; the fear that has lurked beneath has broken the surface, the fear that this thing might be bigger than I have allowed myself to believe. It is the fear I recognize in the voices of others on the phone. And Prime Minister Boris is in intensive care. Everyone is shocked by that. The death of a forty-five-year old husband and father of two of our school children has changed my perspective and I am distressed by what his wife has told me about his death, about the level of isolation that they are faced with. No one can go to console them and they cannot come out to seek consolation. We have never been faced
3 comments
Read more 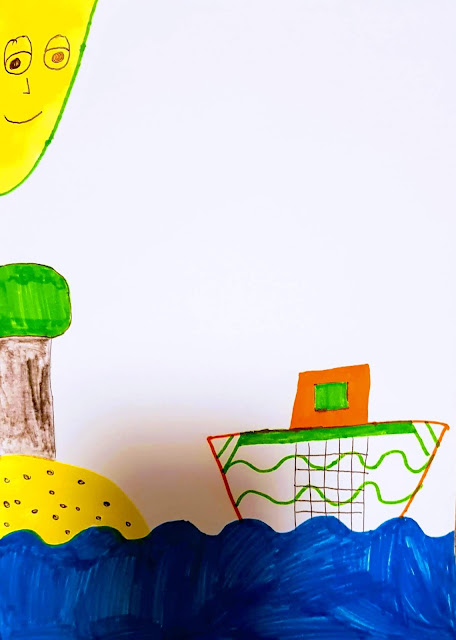 It’s dusk, almost 8pm on the homeward leg of this evening’s walk. Down on the pebbled beach there’s a woman and her young white fluffy dog who has ideas of going his own way rather than hers. She has released him from his leash and he decides to take full advantage of his freedom, running with child-like delight, zig-zagging around the shore, doing circles and then at high speed he takes off up on to the promenade. The more she calls, the louder she roars, the faster and further he runs, across the main road - which is thankfully in a state of corona quiet – disappearing up a street and out of sight. It all looks hilarious but I feel great sympathy for the woman who I hope eventually caught up with her pet. I’ve seen it happen with a small child. That scary moment when she takes off at speed, running towards a busy main road and the more her father calls the more she runs, thinking that it’s great fun. Fun for her, not for her father. The white fluffy dog represents som
2 comments
Read more
More posts

THE THIRD HORIZON AND A BASKET OF FRUIT 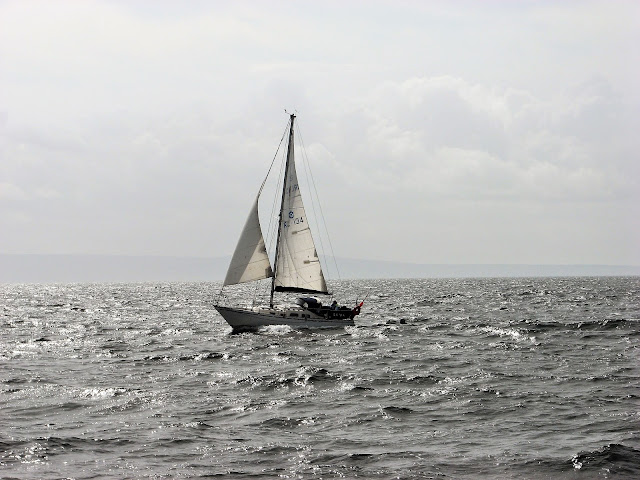 “If you love somebody, set them free…” sang Sting back in 1985. I sing the song now down at Rockanore. Freedom of seagulls, sea, and wind. Quite an astonishing thought! Love ultimately lets us go, sets us free, even sends us away so that we can be who we are meant to be, though we don’t often really want to be sent away, perhaps not even free. We prefer to be held, to cling. Routine, controlled, measured living and loving. The soul in me is endeavouring to reclaim something, to rediscover the purity and freedom of who I really am. This endeavour takes me to Mary Ann McDonagh’s kitchen in Kilronan of Aran, behind the pub that she ran with her sister Katie. I went there every morning as a small boy. The black range shone, and the big black kettle was always boiling for the wetting of tea at any given moment. She would sit on her kitchen chair near the table, and I would kneel at her feet, my hands resting on her lap. I loved her so much, felt utterly safe and well in her presence. And
Read more 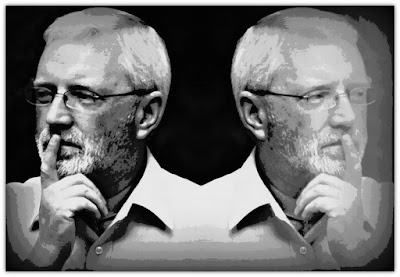 MORE THAN A FEELING: In Loving Memory of Father Eugene Lynch SAC 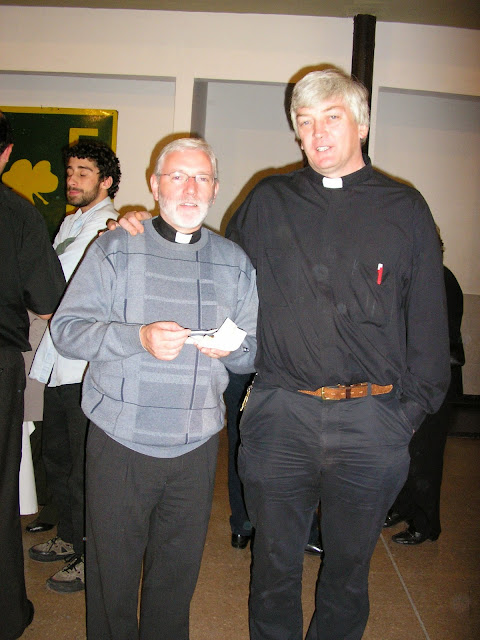 More Than A Feeling is a song by American band Boston, a song I associate with Eugene from around 1976 and it hints at what stirs in my heart for him. It's much more than a feeling.
Read more

MY LORD AND MY GOD 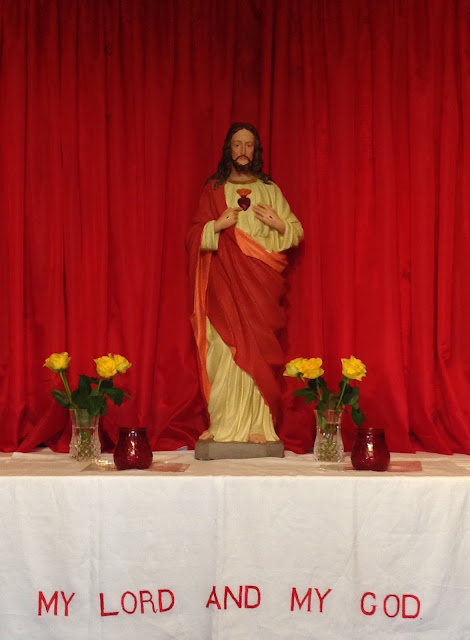 Whispered on the lips Of holy ordinary Believers Gift of Thomas To the doubting By it every church Is painted It is the shine On every polished pew Incense of the sacred Air rising Ancient prophecy fulfilled Blessed are they Who have not seen Written on every open heart   Each from our own agony Reaching out to touch The wounds of Christ Transformed My father's Consecration  Loving Adoration  Etched upon This soul of mine  My Lord, and my God! It is written on the altar
Read more

RAFORD: Home for the Races 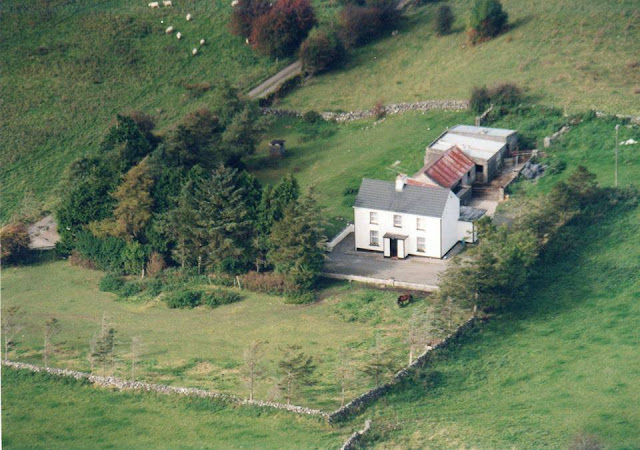 Race Week stirs all sorts of memories. I’m remembering Raford, the house on the hill in the country that was my mother’s birthplace, and I’m thinking of the clear cold water from the rain barrel at the gable end, cold water scooped up in a white enamel basin put standing on the kitchen table. White soap in a saucer and a blue towel to wipe away from my face the shock of the cold water of the morning. Granny cut slices of brown bread made by her own hands, the wholemeal wholeness of her heart in it and lavished with salty country butter churned by the same hands and mine. Everything and everybody was washed in rainwater and we went to the well down the lane to draw that which would quench our thirst and wet the tea. We brought tea in a billy can across the fields to Grandad in the bog and helped him load the cart with turf, sitting on top of it for the journey home, staring down into the black water of the bog holes, terrified that the cart would turn over when its whee
Read more

A FEELING FOR SNOW: Memories of Warsaw 1997 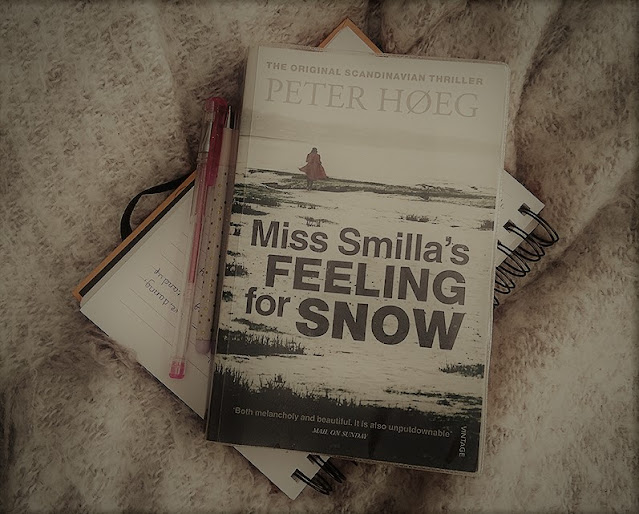 Flying To Warsaw - January 25, 1997   I’m on my way to a meeting of Pallottine Directors of Formation. Dreading it! Taking my window seat in row 14, I wait to see who my flying companions will be. It’s a nice morning but I’m tired, apprehensive and lonely. Loneliness always accompanies me on a trip like this - when I’m going alone to a strange place. Loneliness is for God.   A tall woman with short blond hair takes the seat beside me and simply asks, “How are you?” Her tone is really sincere and it makes me realize that it would be all right talking to her all the way to Amsterdam. As it turned out very little was spoken between us after the initial few words. Her little son sits next to her, while her husband and daughter are across the aisle. There is something of Australia in the woman’s voice and at some stage before take-off she cries quietly with her head turned away from me. The priest in me wants to help but it strikes me that she has the right to privacy in this moment, so
Read more

MOVE ON FROM HERE TO THE HIGHLANDS: (Assembly and other thoughts)

For some, this was the first experience of Zoom; others have had their fill of the platform and we wondered how it would all work. A virtual Provincial Assembly spread over six different time zones, six countries, four continents and twenty two men – ever conscious that we represent thousands of women, men and children whose lives we share in ministry.
Read more

FIRST OF MAY: When I Was Small 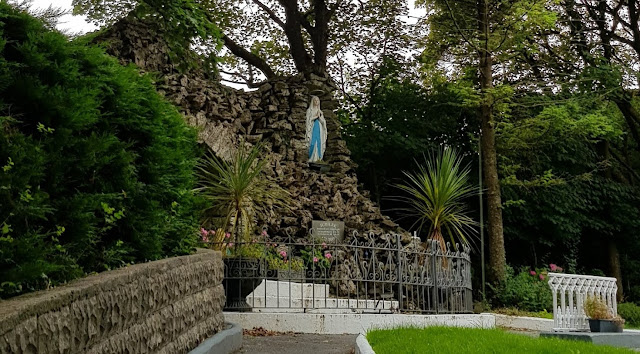 When I was small we all looked forward to the first of May – long before the Bee Gees wrote their beautiful song - when the leaves were fresh on the trees and the sun seemed to shine most of the time, though sometimes it rained heavily as we made our daily pilgrimage to the Grotto in Castlegar, about two miles from home. We were right on the edge of Galway city and it was over the wall and through the fields that we made our way, taking time to play among the rocks and bushes of the old quarry, dreaming up great fantasies and dramas from snake valley to mansions and boats carved out of stone. It was a time when faith was woven fairly seamlessly into ordinary life as we were keenly aware of the Divine in our midst and we turned to the Mother of Christ for help in everything we had to undertake. For us children as we grew into secondary school, we needed her help with exams. We went to her in droves every day after school, though I didn’t fare too well in exams even after the
Read more

Islands Listen To Me 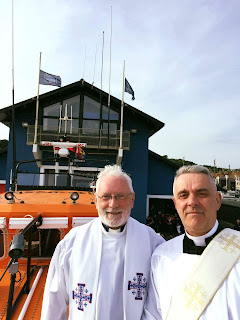 Islands listen to me, pay attention. The Lord called me before I was born, from my mother’s womb He pronounced my name. It is He who created me, knit me together in my mother’s womb. Already He knew my soul, my body held no secret from Him when I was being fashioned in secret, moulded in the depths. He searches me and knows my resting and rising, my purpose. All my ways lie open to Him. I am not the one you imagine me to be. (Readings for the birthday of St. John The Baptist) From the time I was a boy in the Aran Islands I knew that God was with me there, and it seems that He spoke to me through island, sea, sand and rock. And it seems that the island was listening to me, that He listened to me through the same island, sea, sand and rock. We spoke the same language, dreamed the same dream and yearned with infinite desire for simple unattainable experiences, experiences that would somehow express something of who we are in each other’s presence; who I would bec
Read more