Earth Has Given, Human Hands Have Made 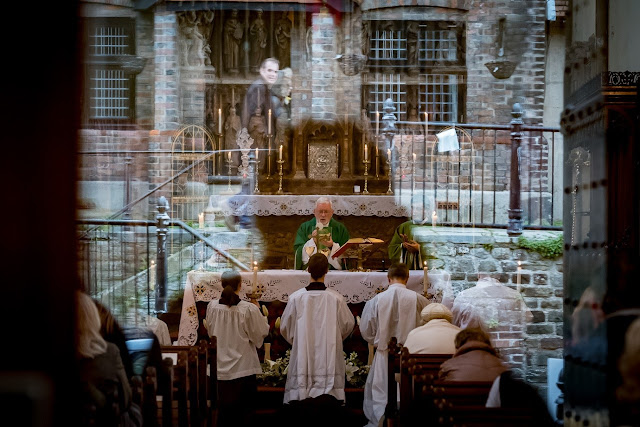 Early in September I was concelebrating at Mass with the Pallottine community in Thurles. There were ten of us and most were struggling physically due to age and illness. When it came to the Eucharistic Prayer, I expected that they would all remain seated as they would be entitled to but, not at all. Each one made his way slowly to the altar and leaned on the altar for support. It was like a holy huddle of the humble, lives lived within this mystery, lives given, offered, surrendered. There was a clear and intense focus on the Consecration and I felt that heaven itself had come down among us, heaven and earth meeting in that moment. Our humanity in all its frailty drawn up to the altar of the Most High. It’s what happens in every Mass, except we don’t always see or feel the reality.


And it’s not only that God in Christ is present – all of heaven, Mary, the angels and saints, they too gather around the altar. We are enfolded in the heavenly embrace. It happens in the most splendid liturgy and in the most simple; it happens whether we like the priest or not, whether he is good or bad, because he is an instrument of God and it is God who is working the miracle of the Eucharist.


Last Monday I entered into what was for me the unfamiliar world of the Russian Orthodox community. I went with Deacon Duncan to hear a talk on the Eucharist given by Metropolitan Kalistos who looked for all the world like Albus Dumbledore from Harry Potter. A wise old man with long white beard and a long black robe.


Kalistos spoke of how, at the Eucharist, we represent all of humanity which we offer to God at the altar for transformation, offering prayers for everyone, “petitions, intercessions and thanksgiving – and especially for kings and others in authority, so that we may be able to live religious and reverent lives in peace and quiet.” (1 Timothy 2); to offer the poor of the world, to pray that those “who trample on the needy and try to suppress the poor people of the country” would listen to God and do what is right according to the mind of God (Amos 8:4-7).


On behalf of humanity we bring the gifts of Bread and Wine which also represent all of Creation, gifts which “earth has given.” Kalistos says that the Eucharist is an ecological sacrament in which the praise of creation is present – all Creation, “all you have created rightly gives you praise” (Eucharistic Prayer III). We are familiar with the praise of Creation in the prayer of St. Francis of Assisi. It was also present in the prayer of St. Vincent Pallotti.


An interesting point is that we don’t just bring the wheat of the field or the grapes of the vine. We bring wheat transformed into bread, grapes transformed into wine, a transformation worked by humanity, indicating that we come to the Eucharist as a transforming people, transforming humanity and transforming Creation, transforming and not deforming; people who themselves are changing for the better and being changed. This is how we prepare ourselves before Mass, the effort we put in to getting ready, the effort we put into presenting ourselves before God. The Orthodox Christians prepare by prayers that they recite the evening before Mass and, while God takes us as we are, there is something honourable about us trying to be at our best when we come. In our own tradition in the past the preparation was done by fasting and by wearing our best “Sunday clothes” going to Mass.


So, transformation has already begun even before we come to Mass, a transformation that is completed at the altar and taken up to the altar of heaven (Eucharistic Prayer I). The human effort is essential in the whole mystery – each of us personally and all of us together as community.


I go back to my fellow priests leaning on the altar for support. We bring our lives to rest on the altar, finding support there, especially in the areas of life where we are most fragile; we faithfully bring the “little things” (Luke 16:10), all the bits and pieces of our lives, the joys, the successes, the sorrows and failures, all that we have lost and all that we have gained. Every least little thing finds its meaning at the altar, finds its greatness in the reality of Jesus. 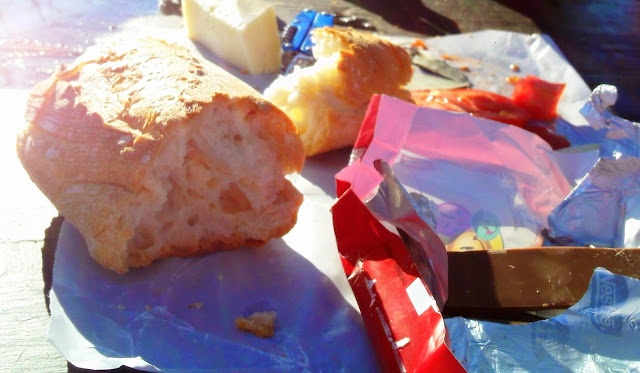