A SONG IN SEARCH OF A VOICE: In Memory of Father Michael Cremin SAC 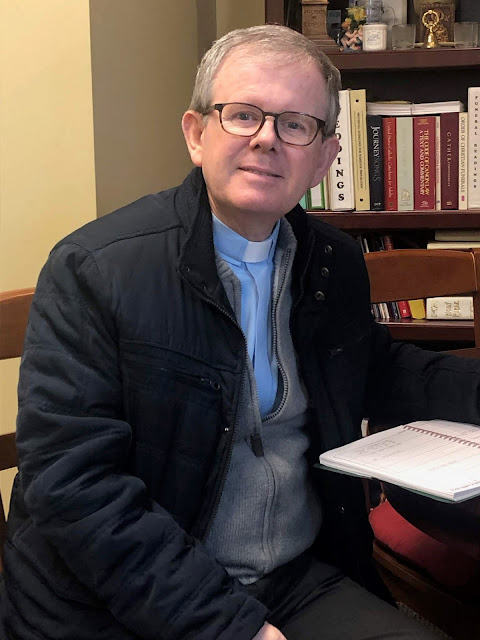 Waiting beneath a weeping willow tree in the garden of Holy Redeemer while my car is being serviced up the road. Traffic roars beyond, but in here there is peace, sunshine filtering through the leaves, light and shadow falling onto the page on which I write, “a page that aches for a word” – a phrase from Jonathan Livingstone Seagull by Neil Diamond. And a song in search of a voice.


The voice of Michael Cremin stepping out into the middle of a gathering, hands clapping, singing the kind of song that I don’t particularly like, but they were lively songs, drawing people in and out of themselves, diffusing an air of real happiness. Of course, he sang songs that I loved too and I’m trying to remember one in particular! Was it ‘When You Were Sweet Sixteen’ or ‘The Green Fields of France’? His voice vibrated and soared.


The thought of him makes me quiver with sighs, the thought that he is dead to the world now, gone home to God. No more will we see or hear him again in the flesh. One of my generation, one of our time as students the 1970’s, the second of this generation to have died in the space of four months, the third in the past couple of years. Vivian Ferran, Noel O’Connor and now Michael at the age of 61.


We were not intimate friends but we were good friends, our lives weaving in and out of each other from the time he joined the Pallottines in 1976. After my ordination we lived for the most part in different countries and did not share community again, expect for a short period in Thurles in the early to mid-2000’s while he was waiting for his USA papers to be sorted out. He was a great support to me and brought a lot of solace to the darkness of that time and said of my struggle that God was preparing me for something more. The same might be said of him because this man of joy had more than his share of suffering. This is the time for him to receive the “more” from God, the fulfilment of all.


His right hand keeps coming before my eyes since he died, the touch of his hand, the hand that got badly burned when, as a child, he took hold of the red-hot bar of an electric fire. I heard him speak of it in a homily once, the physical scar and more, the emotional pain he had to endure from the thoughtless.


It’s like he was marked out from the beginning, marked out for suffering, marked out for God. In this he reminded me of Pope St. John Paul II whose whole family died, leaving him alone in the world and it was much the same for Michael. A Polish family brought me this lovely picture of John Paul, a copy of which I sent to Mike, telling him: “The attached picture was brought to me recently from Poland and it hangs in the place where I pray. Every time I look at it, it's you that comes to mind so I pray to him for you in the battle that lies ahead. You seem to bear it all with such dignity and humour.  I enjoyed the photo with the newspaper heading.” And he replied, “Thanks again for your kind thoughts and prayers at this difficult time for me. Loved the photo of St. JPII in his summer mountain retreat.” That was our last communication and, though I knew he was very ill, I did not expect him to be gone so soon. When in Aran in August, I offered Mass for him. 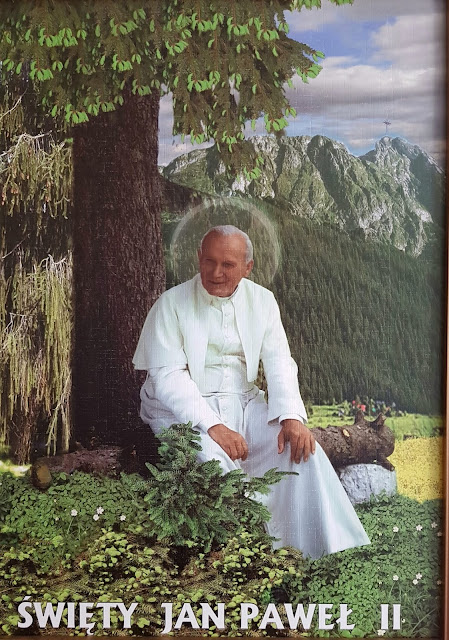 There was a phrase going around in the Charismatic days of the 1970’s that said of the call to follow Jesus – it cost nothing less than everything. Everything given, everything taken. It’s the reality of our lives, though back then it had a romantic ring to it and we were young enough to think we could, and would do it all. It turns out that it is God who does it all to us, in us and through us. It is the reality of the Cross that Jesus speaks of for those who are his friends, an intimate sharing in the Cross of Christ himself for the salvation of the world.


The memory of Michael celebrating Mass also stirs in me, celebrating with such dignity and the lines from Eucharistic Prayer I,  “In humble prayer we ask you, almighty God: command that these gifts be borne by the hands of your holy Angel to your altar on high in the sight of your divine majesty.”


That is my image of him now, that he a Priest of Jesus and in Him is the gift, the offering, the sacrifice borne by the hands of the Holy Angel to the altar of Heaven in the sight of the Most Loving Divine Majesty. 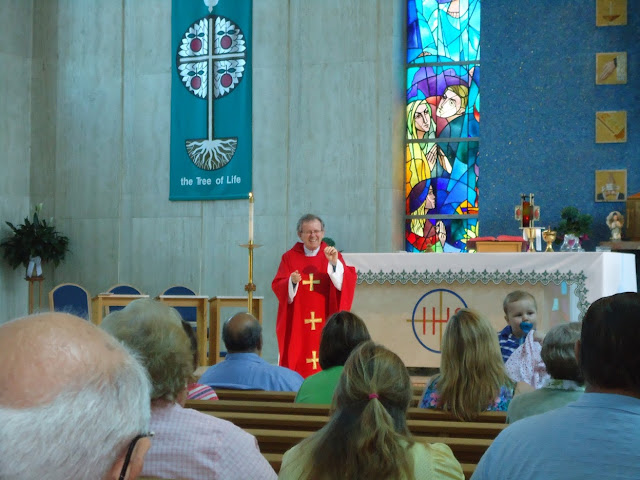