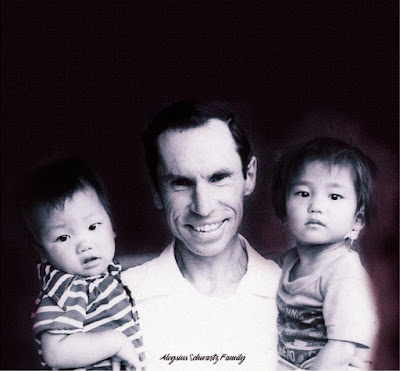 “He hungered for the uncompromising life of a mendicant.”
(Priest and Beggar by Kevin Wells)

I’m reading the biography of Venerable Father Aloysius Schwartz whose enthusiasm, energy and sense of purpose put me to shame, humble me. Though I have always known from a very young age that I would be a priest, always wanted to be one, it seems like I have spent my life wandering. I have always loved and been drawn to the poor, to the vulnerable but never had the courage to be poor. Vulnerable yes, but poor no. And even my presence with the vulnerable is always transient.

My own sense of my vocation has always centered on the person of Jesus, especially in the Eucharist. It was at Mass that I first felt the call, felt myself being drawn to the altar and the tabernacle. This is still the centre of my life as a priest. The still centre that defines who I am more than what I do.

The other aspect of who I am is that I am at heart a wanderer with no lasting place in this world – a “wayfaring stranger" as the old hymn says. Siddhartha, as my mother used to call me because she recognised the wanderer, the pilgrim, the nomad in me. I am a pilgrim.

Ten years ago the Camino to Santiago introduced me to the form of living that I love most. But a priest cannot remain on the Camino in that sense. There are promises made in the presence of God that have to be fulfilled, obedience being foremost among them, an obedience that is an expression of love and freedom. If anything is uncompromising in me it is this and I hope it echoes the uncompromising obedience of Mary at the Annunciation, and most specially that of Jesus in the garden of Gethsemane.

“The theory is all well and good. It’s just theory" said the prosperous looking Irishman. “But it doesn’t last" he insisted with certainty and a hint of arrogance or was it bitterness. “Give it twenty years!”

That was his response to the wedding that had just taken place. Rather thoughtless and ungracious. Makes me wonder if he is unhappy. All the money in England hadn’t given him what a man needs most.

His theory had already been proved wrong by an earlier celebration in our church. A couple who have been married fifty years, sitting in the front pew holding hands, leaning into each other, the strong supporting the weak. Each strong and weak in different ways. Best friends through thick and thin, rough and smooth.

Both occasions were strongly emotional. The groom was first to cry, followed by his bride. Vows welling up from the depths of them. Vows mingled with tears, shot through with love. Love shot through with joy. They play with each other.

The older couple overcome too and I with them as we prayed and sang through the Mass, honouring them along with God who is, always has been central to their lives. A living faith can make all the difference to a relationship. Theirs is a love imbued with gratitude for having endured, survived and stood the test of time when others have fallen.

It ’s a kind of Transfiguration in which the vision of the beholder is transformed, the inner vision that has learned to see and see again, to perceive what is already present. Perceiving the wonder of the other that is often hidden. It takes an uncompromising fidelity for this to happen continuously. 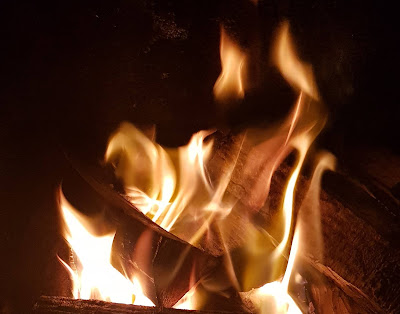 "It has seemed to me sometimes as though the Lord breathes on this poor gray ember of Creation and it turns to radiance - for a moment or a year or the span of a life. And then it sinks back into itself and to look at it no one would know it had anything to do with fire or light."
(Marilynne Robinson, 'Gilead')

I told the Irishman that I disagree with what he said, asked him not to be saying such a thing on such a day. The spoken word. It matters. What we say has the power to bless or harm, to impart good or ill. We need to take responsibility for what we say.

Most people are pleased, some even thinking that I’m not taking long enough. Others are a bit shocked or at least very surprised. But I make no apology for it now. Health matters and we do our best to be as well as possible. The older we get the less well we become and I think I sailed very close to the wind this year.

A young father from the street spoke of the emotional toll that is involved in my work and he looked at me lovingly and said, “go away and forget about us" before adding, “but don’t forget us. Come back to us!” 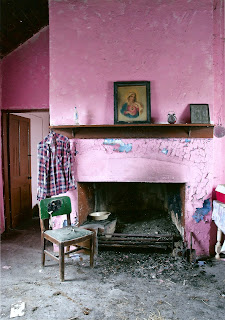