FED UP WITH BEING FED UP: But Mornings Like These 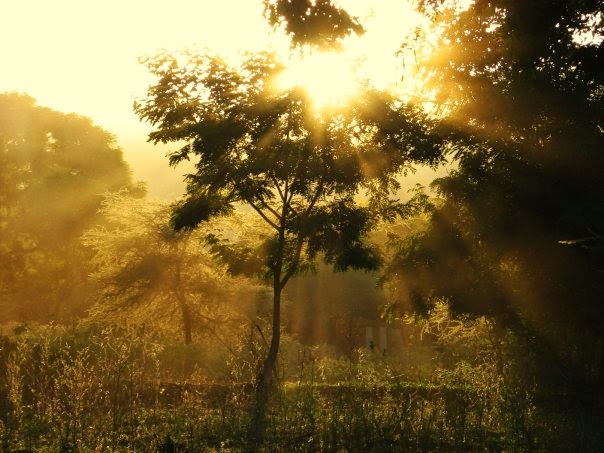 The West is behind me again for another while. I watched it recede over the wing of an Airbus 330-300 on Sunday evening. Beautiful aircraft, on a beautiful sky and, like Patrick Kavanagh’s wild geese, I pray that every journey of sky or earth or sea be a flight that takes us home to God.
As I was writing this I was thinking about a song that Sean sang for me in their garden one evening, wondering when I might hear him sing it again and there it arrives, a recording on WhatsApp. A prayer heard and answered:
How Dear to Me the Hour
How dear to me the hour when daylight dies,
And sunbeams melt along the silent sea,
For then sweet dreams of other days arise,
And memory breathes her vesper sigh to thee.
And, as I watch the line of light, that plays
Along the smooth wave toward the burning west
I long to tread that golden path of rays,
And think 'twould lead to some bright isle of rest.