AN UNCOMMON RESPECT: The Anointing of Les 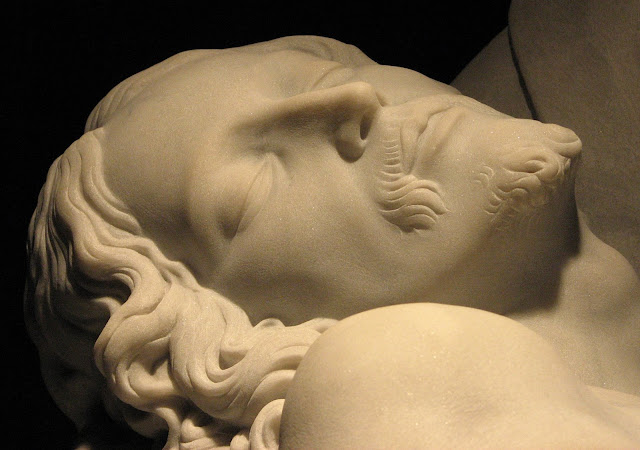 “…a woman came to Him with an alabaster vial of very costly perfume, and she poured it on His head as He reclined at the table. But the disciples were indignant when they saw this, and said, “Why this waste? “For this perfume might have been sold for a high price and the money given to the poor.” But Jesus, aware of this, said to them, “Why do you bother the woman? For she has done a good deed to Me. “For you always have the poor with you; but you do not always have Me. “For when she poured this perfume on My body, she did it to prepare Me for burial. “Truly I say to you, wherever this gospel is preached in the whole world, what this woman has done will also be spoken of in memory of her.” (Matthew 26:7-13)


Les is approaching death, sleeping with the help of morphine, folded in a striped flannel sheet on an armchair, as they wait for the hospital bed to be delivered. He is 94 years old. His granddaughter Laurie has brought him to her home to care for him in his final illness with the help of Emma who looked after his apartment for him when he lived alone.


This house resembles a church. I understand that it was once a church but since have heard that it was a Bath House. In the room where Les is sleeping there is a large crucifix and a beautiful tall statue of Our Lady of Lourdes. Neither of the two women is religious but they are keen that Les, who was a practising Catholic, should have his spiritual needs met as he makes the crossing from this life to the next.


They leave me alone with a mug of tea to pray with him, closing the door to give us privacy in case Les might awaken and need to talk. He remains asleep throughout the prayer – absolution, anointing and a tiny particle of Holy Communion, everything a parting soul might need. The Divine Mercy Chaplet. I speak words of confidence to him in case he might have any fear, should any struggle come to him in these final hours.


Afterwards they asked me what prayers they should say with him so I gave them the Our Father, Hail Mary, Glory be, plus Psalm 23 The Lord is my Shepherd and a Gospel reading from Matthew 11:28-29, “Come to me all you who labour…” I’m deeply impressed by their level of attentiveness to his spiritual needs, their profound respect for his faith. Theirs is a counter-cultural love, an uncommon respect for the faith of another.


Next day they phoned to say that Les was awake. Would I come again to see him? I arrived to witness the anointing of love which they were lavishing upon him. They had prayed, kept vigil, played hymns and were now urging him to let go. I knelt beside his bed where two black greyhounds had settled, keeping their own kind of vigil. It was as if they sensed what was happening. I held the hand of the dying man and prayed again. It was the Hour of Mercy, a time of surrender and I find myself, as I often do in such situations, praying Psalm 131, “O Lord, my heart is not proud, nor haughty my eyes. I have not gone after things too great nor marvels beyond me. Truly I have set my soul in silence and in peace, as a child at rest in its mother’s even so my soul.” After a couple of hours, I left because there were two people in hospital I needed to see. Les was in good hands. A man named Ant arrived to spend the night keeping watch by prayer and meditation.


Next day again during the Hour of Mercy I got a call to say that Les had died at two minutes to three. May he rest in peace and may those who attended him so well be abundantly blessed. Theirs is one of the great works of Mercy that should be told in the same way as the generous action of the woman who anointed Jesus, acts that fill this world with a beautiful fragrance.
on November 22, 2019