ANGEL FLYING TOO CLOSE TO THE GROUND 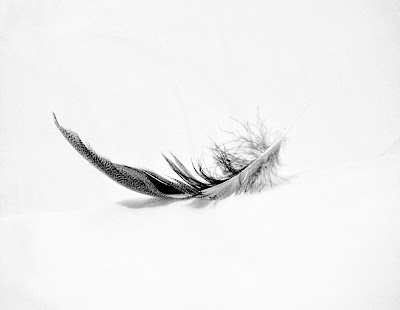 Sunday morning in Kilronan, the day after the Gold Digger's gig. Gearoid Browne's place. My friends are sitting at the counter waiting for their coffees and among them is a man unknown to me but known to some of the others. He has taken my seat so I'm wandering around the shop browsing.

The man looks the worse for wear, in need of a cure, hair of the dog which is no cure at all. I later find out that he arrived on the island some years ago, got lost as some do, and never left.

He's talking about a song, asking the others if they've heard it - 'Angel Flying Too Close To The Ground ' by Duke Special. None of them have.

"I know it" I say. They all turn round to me surprised. The man is pleased. It's like some kind of affirmation to him. An affirmation and a hope. Perhaps it is to me too because I know the song from a fallen time in my life. A reminder of falling and rising.

The version I remember is by Beth Rowley featuring Duke Special. It was written by Willie Nelson.

I patched up your broken wing and hung around for a while
Trying to keep your spirits up and your fever down
I knew someday that you would fly away
For love's the greatest healer to be found
So leave me if you need to, I will still remember
Angel flying too close to the ground

Jesus falling the third time is a desperate station. Falling once and twice is one thing but the third and further falls are different, the rising is harder and feels hopeless.

I used to wish I'd never fallen at all and still do to some extent but I've also learned the advantage of it, the potential in it.

Some 15 years ago I was going through a prolonged period of darkness in which I felt depressed, falling to pieces.

One day I said to God, "I need something to lift me out of this" and went to the library where my eye fell on the title 'Touching The Void'. Suitably bleak and dramatic!

Published in 1988 it tells the true story of Joe Simpson and Simon Bates who climbed to the summit of Siula Grande, the highest mountain in South America.

On their way back down Joe slipped and broke his leg, making the rest of the descent more treacherous for both of them. Climbers are connected to each other by rope.

Joe, who was ahead of Simon, slipped again and was left dangling over the edge of a cliff, gradually, slowly pulling Simon after him inch by inch.
It was certain that both would fall to their death so Simon did what climbers are not supposed to do - he cut the rope, letting Joe fall to his death. It was a natural instinct for survival. There was no point in both of them dying.

Joe fell something like 150 feet, falling a further 80 feet down a hole where he landed on a ledge. Above him was a sheer wall of ice that was impossible for him to climb with his broken leg. But he would not simply surrender to death, wait for it on that ledge so he decided to lower himself into the deep darkness below.

And there to his astonishment was a shaft of light that showed him a way out. He crawled for days on end until he eventually, on the verge of death, arrived at the camp as Simon and their companions were packing up to leave.

What spoke to me in my fallen state was that, while I wanted to be lifted out of it, it seemed God was saying I needed to go further down into it, deeper into the darkness in order to find the light, the way out into freedom. Not what I was looking for but it was necessary.

As if to bring the message home, something prompted me to turn on Lyric FM - a radio station I didn't like. And to my utter astonishment they were talking about 'Touching The Void' and the movie of it that had just been released.

If I had never fallen I would not have found the light. Perhaps I needed to fall for the Light to find me.

Falling through the darkness into the Light has given me an understanding and a love for anyone else who has fallen in any way.

And I pray for the man in the cafe on the island that he may fall soon to the bottom of his darkness and find there the Light, the Love that is the greatest healer ever found, to keep his spirits up, his fever down.

I also have great sympathy for the man who cut the rope. The awful guilt, the inability to forgive himself. I have cut ropes too and it is another kind of descent into the void, another kind of pain but ultimately for all of us it is the same Love that is to be found at the end of it. Perhaps only at the very end of everything.


THE SUPREME ADVANTAGE OF FALLING

And crawling to it
No longer able
To leap

I understood
The supreme advantage
Of falling

Into darkness
And out of darkness