I HEAR VOICES, I SEE FACES 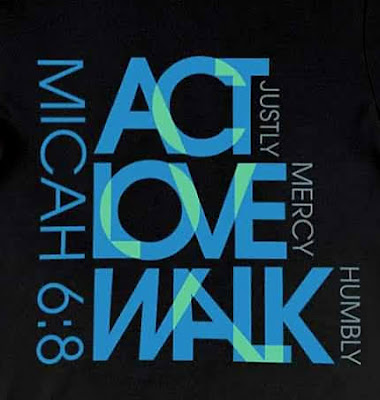 I no longer hear accents. Only voices. I do not see colour. Only faces. The latter happened to me in Tanzania where I was initially very conscious of my own whiteness. There were so few of us in a black country. Tiny toddlers ran screaming at the sight of me, a little older they sought to insult me by calling out “Mzungu” and when they got used to me, they would take hold of my arm, rubbing it to see if the colour came off. Then when I eased down into the pool of our common life and blended, we were simply people making good with what life presented to us.

One of my favourite singers of the early 1970’s was Madeleine Bell of ‘Blue Mink’ who had a hit called “Melting Pot”, a possibly naïve thought and hope but one that resonated with fifteen-year-old me and still sings itself in me from time to time. What we need is a great big melting pot, big enough to take the world and all it’s got! The blending of every colour.

Not hearing accents has happened here in England. So much does God love me that He put me in a place that would make me fall in love with England. In the beginning I was naturally very aware of the English accent in the way that one is aware of the sound of seagulls. But then, as in Tanzania, I have eased down into the pool of our common life so that I only hear voices now and not accents. Most of the time anyway. Of course, I hear and see who people are but accent and colour are not what occupy my ears and eyes.


The following comment by Emma Dabiri’s that was on the BBC website this morning stopped me in my tracks and caused me to reflect a bit more on my experiences. “Don’t say you can’t see race because if that is the case you cannot see, and have certainly not acknowledged, the fact that whether you were born black or white in the UK will have a significant impact on both your life experiences and opportunities.” And I accept that she knows what she is talking about.

Until recently I had presumed that what she is saying applies to the poor, regardless of colour or race. But I’ve heard from a cousin who knows that “professional” and well to do black people are racially abused and presumed to be guilty of something. It used to be like that for the Irish.

But my own experience is with the homeless. The line from the Second Book of Kings at Mass today resonated with me. “The poorest people in the country were left behind” it says (2 Kings 24:14) and that is a fact. I see it here in Hastings as I’ve seen it elsewhere. The poor of every race and colour are always left behind.

Pope Francis points out that the poor have become part of the landscape to the extent that we no longer see them and says that “we can't settle for a welfare policy such as we have for rescued animals. which is how the poor are often treated.” And that I have seen too that rescue animals often fare better than the poor of our streets. Seeing is an important first step. See race, see poverty, see the dignity of the human person and move from seeing to active conversion.

My friend who used to live in a tent, now lives in a flat. And I’m pleased, even though he could have done with it in the winter. But it’s more expensive to live in a flat – electricity, gas and other costs. So, he needs financial help more often and I get fed up with it and I was in a bad mood when he came on Sunday. We went for a walk. I vented my frustration. Felt he was taking advantage of me. He told me that I am his father, that he loves me and that I have to help him! He needs clothes.

And then I come upon something in the Bible that supports what he is saying and I read what the Pope is saying and all of it tells me to get over myself and do the right thing. The reminder comes back of something a Saint said, something I read last November, “the money in your bank account and the clothes in your wardrobe belong to the poor.” I know that. Then he turns up during the week as happy as could be with two gifts for me – an enormous mug and a water bottle. I’m touched and very pleased. As St. Francis says, “it is in giving that we receive!” Amen! 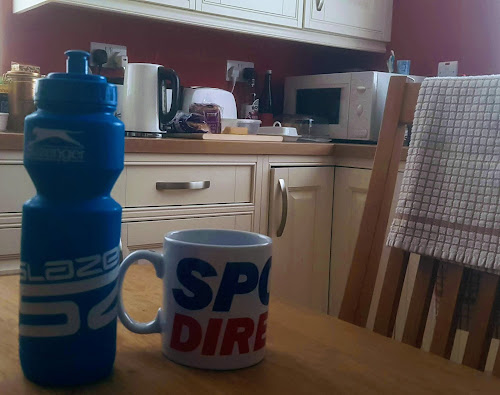 Another friend died yesterday, Martin a member of this parish community who used to sit at the back seat of the church on a Saturday evening and, before I could reach the door after Mass, he would be across the street in all weathers waiting for a taxi. He appeared frail. One evening I decided to cross the road to meet him. It mattered that I did. We formed a connection and when he was in hospital and in various care homes, I went to see him.

A significant moment came when he was in hospital in Bexhill last year. He wanted to tell me about his life and to unburden himself of stuff that had accumulated inside, as stuff tends to accumulate in all of us. As I approached his bed, he stretched out his hand towards me, taking hold of mine and quietly stroking the back of my hand with his thumb. After a while of quiet he said, “we’ll let your hands do the talking!” Then he cried over his life as words would not express what was in him and I blessed him with my hands, spoke to him with my hands. Absolution, anointing, Holy Communion. He was satisfied, relieved, pleased.

As our hands were held in that firm grip, I felt there was in it a powerful connection with each other and with God as if our hands became the intersection of the height and depth of a mystical experience. And our eyes too. He had magnificent eyes and when speaking became totally impossible we held hands and looked at each other. Thankfully, a couple of weeks ago I was allowed into St. Dominic’s (masked, gloved, aproned, sanitized) to share with him the last sacraments. A privilege to have helped him prepare spiritually for his transition into eternal life. His sufferings in this life were absolutely awful and they are ended now, thank God. Rest in peace dear Martin.