SHOWER THE PEOPLE YOU LOVE WITH LOVE 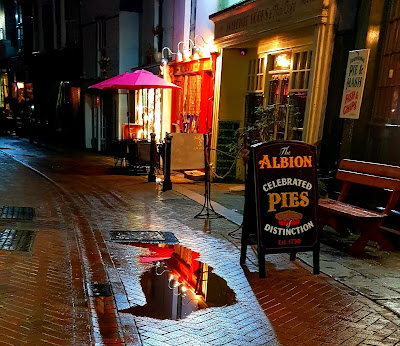 It's my day off, the walking is done and I'm flicking through the television while waiting for 'Dublin Murders' to begin. My attention is caught by an Irish Country Music channel. Not the kind of thing I usually go for but I'm more open minded than in my youth so that I can listen to Margo and Big Tom and appreciate what they are doing. It's a kind song about life-long love, the last recorded by Tom before he died. A Love That Lasted Through The Years

And it's while I'm watching that on YouTube that I come on 'Shower The People' which was written and originally recorded by James Taylor but it's the Ray Lynam version that I love most. It was released by Ray in 1980 around the time of my ordination and, at the request of the Ffrench family, was played for me on RTE radio the day of my First Mass. The only part of my homily from that day that I can remember is the message of the song, "shower the people you love with love." It's what I have set myself to do as a priest, though sadly there are times when I have failed badly in that endeavour. Still do!

Shower is a word of the moment. It has featured in the weather forecasts of the past month or so. Shower in the plural, showers - downpours. This morning as I was settling in to my place of prayer the doorbell rang and for a moment I thought to ignore it but the rain was bucketing down so the person on the outside mattered more than my day off, or even my prayer. Opening the door turned out to be my act of adoration.

The man has been coming around a lot lately, sleeps in the woods and was dripping wet and wanted to be let into the church lobby. We brought him into the parish house, one of the meeting rooms where he could drink coffee and get warm. Persuaded him to take off his clothes so that we could wash and dry them, gave him a blanket to cover himself. He was content while I dipped in and out of prayer and Mary did most of the washing and drying. She's better at that than me and between us we wonder how we can help him in a more permanent way. We don't know what to do. We wonder and worry about the homeless people of this town who sleep out in this most cruel weather.

He emerges from the room at one stage and announces, "Eamonn I love you! I love you for doing this!" It is he who is showering me now. Another man said it to me after Mass one Sunday. It wasn't what he intended saying and was afraid that I would be offended by him saying, "I love you!" I wasn't! He said later to his wife that there is a way in which he loves me. A few days earlier I was visiting his family to ask the couple if they would bring Holy Communion to an elderly neighbour of theirs. Their three-year-old son went off to another room and kept calling out to me in the softest voice, "I love you!" It is said frequently by children, many of whom run up to hug me, reach out to hug me as I'm walking up the aisle to begin the Family Mass. Shower the people you love with love, show them the way you feel! Children do!

It happens when I'm least fit that a stranger wanders into the church on a Saturday night after Mass when I'm tired after the day and all I want is to go upstairs for a cup of tea. But they come and need to be given space and time and a hearing. Sometimes they are under the influence and noisy and people become a little fearful for me. One night three young adults waited behind a long time until a man finished what he wanted to say. As I led the man to the door, there they stood like three guardian angels, like the three Angelic visitors who came to Abraham. By these too I am blessed.

In some situations when I am emotionally vulnerable, I become very afraid. Words that people say that are designed to hurt, do hurt and fill me with irrational fear but I never feel under threat from those who wander in from the street with their burdens to unload because it is not about me, it is about them and I am simply the instrument of God's hearing. A father whose son died from an overdose, an atheist who would like to believe, a woman who cannot get over her grief, men and women who cry over the stuff they have done in life, people alienated from family, people filled with hurt and anger. They shout, spit it out, say it like it is and they usually go away calm, simply because they have been heard and some kind of connection is made with God.  By them, with them I am altered, made humble. They often look around the church in the darkness lit by many votive candles and say, "there is peace here!" There is peace indeed. And I myself am filled with peace by these encounters.

Another television series that has taken my attention is, 'World On Fire' about the World War II. There's a scene where a bus full of children with various disabilities and down syndrome children being taken in to a clinic where they will be euthanised because they are seen to be unfit for the pure society that the Nazi's are trying to establish. It's a drama, a drama that's telling a truth and I'm struck by the face of one little girl looking out the window of the bus. She reminds me of an elder parishioner who gave birth to a down syndrome daughter many years ago. The daughter died a few years past and her mother said to me, "I thank God for the privilege of being the mother of that beautiful girl!" It is lovely to hear a young mother speak thus of her child, "I loved this child from the moment she was conceived." Those are the sentiments of a Godly person, in contrast to the sentiments of the Nazis, in contrast to the sentiments of the politics of abortion in our time when children with down syndrome are killed in the sanctuary of the womb, as are children with life-limiting conditions. I think of young mothers are was put under pressure to abort their baby because it was feared the child would have a life-limiting condition. I know those who have resisted such pressure and were accused of being selfish. And the child was born without any life-limiting condition. There are many such stories.

People who would express outrage at what the Nazis did are the very ones in our time who are pushing abortion as the solution. The photo of Michelle O'Neill and Mary Lou Macdonald celebrating the introduction of abortion in Northern Ireland fills me with bitterness, a bitterness that makes me say that it's no surprise at all because death of the innocent is part of Sinn Fein's very essence, even if they began with noble intentions.

Here I am banging on about this and it makes absolutely no difference. But I suppose I have to, have to hope, have to see the beauty of life in the midst of horror as many brave people did in the Nazi concentration camps of the war.

"I know that things will be alright" sings Big Tom. As a Christian I have to believe this, to believe that justice will be done on behalf of the poor and the millions of lost lives. And my mind goes back to my youth when Margo lived in Glenina Heights and I was supposed to interview her for the Youth Club I was in. Never plucked up the courage to knock on her door. And Big Tom brings me back to the Mercy School hall when I used to go there to have lunch with Maura and Margaret Allen and the Corcoran sisters jived to Big Tom's 'You Know I Love You And I Always Will' - slapping the floor hard with their platform shoes. Memories and hopes flow in and out of each other.