I WOULD LIKE TO BECOME BREAD: Going home and other thoughts 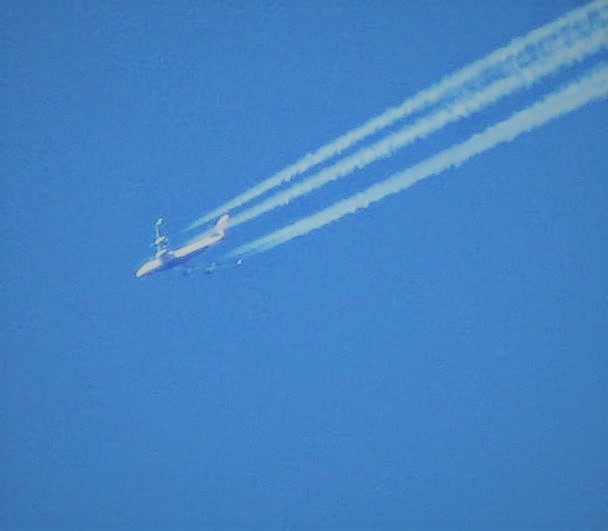 I’m going home tomorrow. This is the longest I’ve been away from my family in 34 years. Seven months now! And there’s an excitement growing in me at the thought of it. It’s like a childhood summertime feeling. I will quarantine alone for the first two weeks and then have time to see family and friends, maybe even be in a bubble where hugs are allowed.

The Summer of 1970 is on my mind - the year I did my Inter Cert when the weather was hot, the Arms Trial was on the go and the SDLP was founded in Northern Ireland. And now, fifty years on, one of the founding members of the SDLP, John Hume has died. Easily the most inspiring politician of my generation. He saw peace where others did not, helped make it happen and now deserves the ultimate Peace of the House of God.

The songs of that summer were ’21 Years’ by Dermot Hegarty, Elvis Presley’s ‘The Wonder of You’ and Mungo Jerry’s ‘In the Summertime.’ Maura and I came down from Aran on the boat to see the latter in Leisureland. An innocent and happy adventure.

July that year was the month that Grandad, Tom Carty died. He used to take us to the bog on the donkey and cart. Brought me to Mass on the bar of his bicycle and I used to visit him when he was in hospital in Merlin Park before he died. To me he was always quiet and gentle. One of my last memories of him is the day he harnessed the donkey to go to the bog but he never went and seemed to lean on the cock of hay for a long time.

I was fifteen years old and had a job for the summer in Royal Tara where Dad worked for most of my childhood. Kerry O, the owner of the factory had ideas of sending me to Stoke-on-Trent to train as a potter, something I fancied if I didn’t become a priest.

I referred to this secondary “potter” calling in a video reflection I did for St. Richard’s College and one of the teachers told me on the phone that he might be doing evening classes in pottery in the winter. He thought I might be interested. Next morning in the reading at Mass Jeremiah was told by God to go down to the potter’s house!

“So, I went down to the potter’s house, and I saw him working at the wheel. But the pot he was shaping from the clay was marred in his hands; so, the potter formed it into another pot, shaping it as seemed best to him.

Like clay in the hand of the potter being refashioned when it goes wrong; like the loaves and fish in the hand of Jesus transformed by His blessing into a miracle to feed thousands; the little, insufficient things of our lives become more than enough when handed over to Him.

In the middle of the lockdown someone expressed extreme frustration at the fact that we priests could “feast” on the Eucharist every day while everyone else was being starved of it. It expresses a frustration that many Catholics may have felt but it also reveals something of a misunderstanding of what takes place in the priest when he celebrates Mass.

When I celebrate Mass, I am not engaging in some kind of self-indulgence; I do not do it for pleasure or primarily for my own benefit. It is for me first of all a sharing in the sacrifice of Jesus, in the mystery of His suffering and death and ultimately the resurrection.

And, when I receive Holy Communion, I’m conscious of all those in the parish and beyond who yearn to receive but cannot, those who have watched online Masses and cried because they could not receive Jesus. I do it for them and for the salvation of the world.

Now that we are back celebrating public Mass, we - all of us together as the Body of Christ - participate, not for selfish reasons but for the benefit of others, for the salvation of the world. It is our act of love that we receive Jesus on behalf of all.

As Jesus in the gospel stepped forward out of the boat, so we step forward out of the boat of our church to be moved with compassion for the deepest hunger of humanity. We become the invitation of Isaiah, “oh come to the water all you who are thirsty! Though you have no money come…and eat” We are the reminder to others that “nothing can come between us and the Love of Christ.” Not lockdown, nor the virus nor any condition in this world can separate us from the Love of Jesus. We who receive Him know this and it is our responsibility to make it known to those we encounter along the journey of life.

The Christian is leaven in society, our presence has a raising influence, a blessed presence that would be absent if we were not there. Through the Eucharist we become bread for the hunger of the human soul.

Early one morning I was called to St. Michael’s Hospice to pray for a man who had died during the night. I wished they had called me before he died but when I arrived in his room, I was shocked to see that he was someone I knew. He was a non-believer as are his wife and children but after his mother’s funeral back in the Spring he said he would like to talk to me sometime, perhaps because something had stirred in him at the funeral Mass.

Coronavirus got in the way and we never met again. But his brother is a strong believer and it is he who had me sent for that morning. I feel that his presence there was leaven, that it acted as a blessing for his brother and in the timelessness of God caused something to happen that would not have happened without him.

I’m saying this because we Christians often feels our presence makes no difference when it makes all the difference in the world because in the earthen vessels that we are we hold a treasure not made of gold, the treasure of Christ Himself.

That same treasure I will encounter in Mervue and I will return in September in time for our First Holy Communions that were postponed in May. Back then I made a promise to the children that, once the church opened, my first priority would be to give them their First Holy Communion. I’m keeping that promise because I believe I should not make promises to children and not keep them. And I told them in my May message that the event would not be the way they would like it to be but it might give us a chance to focus on what Communion is really about. Some prefer to wait until next year and we will facilitate that too. After First Communion we will go on to Confirmation and we will look at how we can complete this year's RCIA programme. Baptisms also will resume in September.

We move forward a day at a time with a lot of uncertainty but with One certainty -that we are in the Love of Jesus and nothing can separate us from that.

Hasta la vista! Meanwhile Father Tony will be here to bless you with his gifts of joy and good humour. God bless!