I AM SUSTAINED BY THE PEOPLE OF THIS PARISH 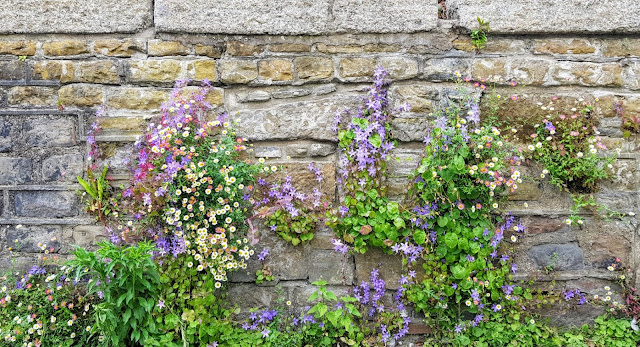 It’s one of those journeys you’d rather not make, a conference you’d rather not attend but you go anyway in fidelity and with a small measure of hope that it might have meaning, that it might make a difference. There are always the few who are pleased to see you, even if the majority don’t see to see you at all, despite your attempts to break through. It’s good to have someone friendly and familiar to sit with, to ease the strain of just being there. God usually provides in the end.


It was indeed worth my while because it gave a whole afternoon to our own mental health which in itself was a healthy sign, that a hundred or so men – priests - were dealing with something that affects some, and maybe many of us.


The quote that stood out for me is from Carl Jung and it goes something like, “the shoe that fits one person comfortably will pinch the feet of another.” How true. A few months ago, I realized that I had been wearing shoes a size too small and my feet were suffering unnecessarily. And shoes that once fit me so comfortably have become too tight. Sketchers. I put them in the washing machine and they shrunk! But maybe they are a parable about how life changes in itself and changes us so that a way of living that once fitted us perfectly is no longer fit for purpose. It is perhaps what the process of conversion does to us. Time for a change, time for something new.


The question that was asked of us is this, “What sustains you and gives you joy?” And I would add “who?” Who sustains me and brings me joy? It’s a question that awakens in me the song (and the question it asks), ‘Stay With Me Baby’ sung by Bette Midler in the movie ‘The Rose’ – who do you run to?


Three priests were asked to share thoughts on this question. All three were excellent in different ways but the one that has remained in my memory is what Tom Treherne said – perhaps because we are friends, kindred spirits. He is sustained by his friendship with Jesus, friendship with fellow priests and with parishioners. I can say the same about my life in this place right now, here in this High Street, here in this town. There are others whose sustenance I treasure beyond these shores. But on this island of Great Britain I am so sustained by the people of this parish, their love, their care and concern. It’s in the way they shake my hand so warmly after Mass, asking how I am; the sunflower sapling given me last week by a little brother and sister; the framed painting of St. John Paul II brought to me all the way from Poland; a cake baked by loving hands; Kimberley biscuits and so many other gestures.


Priest friends are very important in our life. When I came here two years ago, I was blessed to have Canon Tom Treherne as neighbour. He took me under his wing, ensuring that everything was done to help me settle and how sorry I was when he was moved to the other end of the diocese. But Father Míceál who replaced him has also become a good friend, the one to whom I go when in need and, without having to talk too much about my troubles, I end up laughing a lot, coming away lighter than when I went in.


And then there is Jesus, friend forever, in whose presence I abide day and night, the one with whom I am totally unhidden, uncovered and unashamed even when I have cause for shame. In Him I live and move and have my being. And, when I’m not able to pray as much as I should, I am reminded in the words of Psalm 73:23, “I am always in Your Presence; You hold me by my right hand.”


On a lighter note – I have been thinking that I should get one of those fashionable non-plastic bottles for drinking water. I need to drink more water and I’m troubled, like many, about the superabundance of plastic in our lives. So, as if my thoughts were read, we were given a lucky bag to take home. It contained items to help us be healthier – a milky way bar, a pedometer, four booklets of various aids to healthy living. I groan a bit when I see that one of them is that trendy thing that is another substitute for prayer – Mindfulness. It’s the trendiness of it that annoys me. Like plastic it’s everywhere these days! It will be replaced by another trend but for Christians, attentiveness to the sacrament of the present moment has been around for centuries but, perhaps because it’s Christian, it isn’t sought after.


To my delight, the lucky bag also contains the very sort of water bottle I had been planning to get! God is good! Two a day we’re supposed to take and mood food - a banana, which is also fattening!