ALL SOUND CEASES A WHILE 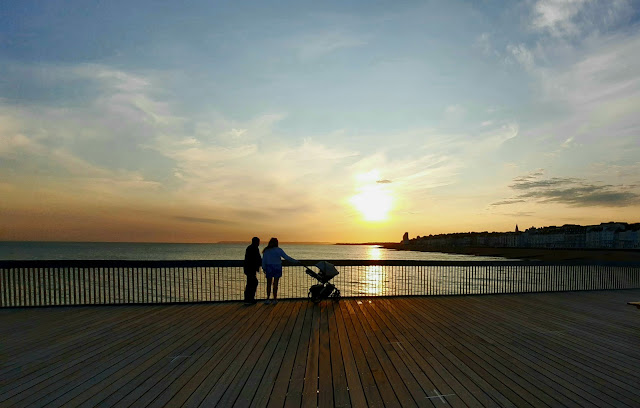 All sound ceases a while – the pausing of the wind that beats on the roof, the noise of traffic subsiding. I am Samuel in the sanctuary of the morning – “speak Lord!” A child’s footfall patters outside in the pouring rain, a voice that speaks of pleasure while the song of a robin dances in the sky.

My preference is that the children would receive First Communion all together at the family Mass on a Sunday. In the past the numbers were overwhelming, delightfully so. A great sense of who we are as a community. But coronavirus changed this like it changed everything else.

In May I made a promise to the children that their Communion would be my top priority come the Autumn and I don’t like breaking promises, especially to children. So now we are half way through four First Communion sessions which take place in the afternoon on Saturday and Sunday over two weekends. Present are the children themselves with their parents and siblings as well as the catechists who prepared them. As with many aspects of coronavirus life we have had to learn to focus on the true meaning of things, to appreciate what really matters.

These small, quiet gatherings are special, simple and focused. And I’ve discovered since that children do feel under pressure when they’re expected to stand up in front of everyone at major ceremonies. A boy told me in the park that he doesn’t want to make his First Communion because he doesn’t want to have to stand up and sing in public. Now there is no such pressure on anyone to perform, no stress, and afterwards there is a palpable sense of joy with the children running and playing in the church courtyard. And of course, they look fabulous – the girls in their beautiful angelic dresses and the boys in cool suits!

When it’s done and everyone has gone home, I make my way down to the seafront for a walk. There’s a definite feeling of the seasons turning, the shadow of night approaching early, amusements shutting down and few people out in the chilly evening air.

Another main event coming up will be the Confirmations for which we had a practise during the week. A surprising feeling of anticipation is stirring, not just in me, but I feel it in the young people preparing. Many of them even take up the offer of Confession as a way of preparing. These private encounters are incredibly precious and sacred – to be given a glimpse into the soul of a young person, to be trusted with it and to offer Mercy where it is needed. Nothing heavy, just simple truth and sincerity. For me the Confirmations will be a first, another outcome of the virus – to celebrate this Sacrament in place of the Bishop. It will be an honour and a joy. Come Holy Spirit!

All the time there are people dying, needing to be anointed, wanting to be restored to the Church in some way, desiring the assurance of God’s loving kindness, whispering “Father forgive me”, being able to say no more, no more being enough. The beauty of an elderly woman preparing for death, speaking about it, moving towards it deliberately, co-operating with what God is doing – “Sacred Heart of Jesus I place all my trust in Thee!” And the man in hospital with terminal cancer. After Communion I ask if there’s anything he needs. “I only need my wife” he replies, tears streaming down his face. But she’s not allowed in.

There are others who come – young Mothers and Fathers - trying to unravel the complexities and mysteries of life; telling the hurt that has come from the Church because it has no place for their particular life experience, experiences that I myself find hard to understand but know they must be heard and met at some real level. Because, as Pope Francis said, whatever is going on in a person’s life, whatever struggle, each one of us has the identity of being created in the image and likeness of God, something that has to be honoured as it seeks to grow towards its fulfilment.

All of us are doing our best to be the best we can.