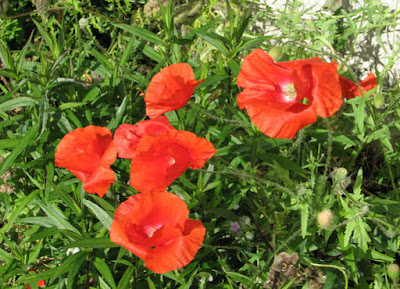 The life of grace is not so much a state of ethereal tranquility but more a powerful impulse that sends us crossing vibrant, stormy seas; a climbing of steep ascents that leaves us gasping breathless. Grace is an adventure into the mystery of God, an adventure in which we stumble and fall; it is a bruising and a breaking. It is rest after struggle and healing after hurt, a healing that is greater than the hurt, a grace that we would never know without the hurt. There is always hope in brokenness. In God nothing and no one is damaged beyond repair.

The thing about this grace is that it is personal, given uniquely and differently to each one of us. It fits the person that we are, is designed specifically for each one. So, it cannot be passed on to another or shared even if we would like to. That’s not to say that we can’t help another to experience their particular grace but we can’t give it to them. It is not ours to give. It is God’s!

The story of the bridesmaids is a sober reminder to us to treasure grace, to use it or lose it. At least that we try to use it, strive to search for Christ every day of our lives. Strive! This is a word used by Jesus and it’s a word that offers us hope. We don’t have to get it perfectly right. We just have to try!

When I was a small boy I had and beautiful red car, a toy that I loved and played with constantly, revved it up so much that it broke down and wouldn’t work any more.  I was very desolate so my mother said I should leave it on the window sill in my room and maybe Santa would take it away and fix it. That night I did what I was told and next morning the car was gone.

I didn’t really expect anything to happen but, when Christmas came, there in the midst of my presents was my lovely shiny red car in perfect working order. As good as new!

In later years when I was going through a very difficult period in my life and not coping very well, one Christmas my mother handed me a gift and to my delight, what was it but a red car similar to the one of my childhood. She said nothing but I knew that she was telling me that, as the broken car of my childhood got fixed, so would I too get somehow fixed beyond my brokenness. And so the red car became for me a symbol of hope, the hope of being restored, repaired when I was damaged and broken.

This is central to the grace that God gives us – that we have hope when things are hopeless; that we watch out for signs and symbols of hope. In the battlefields of Europe during World War I the red poppy became such a symbol of hope. There in a land that was torn apart and scarred by the savagery of war; there in the midst of such destruction and death, the impossible happened when the fields blossomed with beautiful red delicate poppies.

There is significance in the delicate nature of the poppy. In it God is telling us about the power and resilience of what is frail, what is delicate and refined. It is a symbol of the grace that is given to us, that we so often reject because it is frail. But as we are reminded in the Bible – the weakness of God is stronger than man’s strength, the frailty of God is far more enduring than any human power.

All of this is embodied in the reality of Jesus whose life on earth began in the frailty of a baby and ended in the frailty of the condemned on the blood red cross, the silent sleeping of a body in the hopeless tomb. And out of that hopelessness He emerged into new life so that we might emerge from our brokenness into lives that are truly transformed and, even though we bear the scars of our wounds, they are themselves the scars of transformation.

Postscript: I spoke about this today in my homily and after the 11.30 Mass a four year old girl came and handed me this little red car which she found in the church and thought I should have it because of what she had heard me say.  The Lord speaking to me again in the unexpected gift of a red car at the hands of a child. If anyone knows who this car belongs to I'll keep it safe till next week. 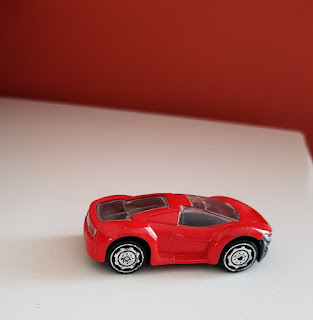