THE CATHEDRAL OF MY HEART 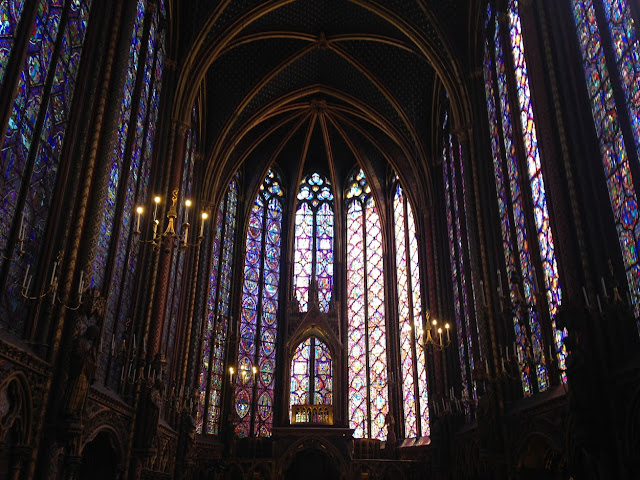 “I always keep a candle burning for you in the cathedral of my heart! Yes, I always do!” So writes a friend all the way from Germany, across the distance of ten years. It’s that long since we met. We’ve known each other for about twenty-four years and were thrown together a lot in the course of work for the six years from 2005-2011. He’s a big, strong man and we’re as different as chalk and cheese. I drove him crazy with frustration at times but we have common ground, we are bonded by all of our experiences together and we even daydreamed of setting up a contemplative cenacle together. He is one of the most God-like people I know and it is an honour to be so respected in the cathedral of his heart.

As a priest I find some of the best expressions of who God is, what God is like in the noble expressions of motherhood and fatherhood that I encounter. Something that parents want for their daughter and son is that they be treated with respect by others and when their child is treated with disrespect it is a source of great pain.

This desire of parents for their child reflects what takes place in the heart of God the Father when He sent His Son Jesus into the world. It is expressed in the words of the father in Matthew 21:33-43 – “they will respect my son” he says. But they don’t! Instead they beat him up, throw him out, kill him. They did it in the parable and they did it to Jesus in reality.

Respect for Jesus the Son is central to our faith but the sad reality is that in the culture of our time Jesus is treated with disrespect, thrown out, silenced. His Name is regularly spoken with such disrespect, as a swear, even as a curse in so many television programmes and movies. There is no other who is so shamefully treated. Even on our own Christian lips we say “Jesus” – not as a prayer, not with love but as an expletive.

My novice master put me right on this one. We were talking in a group one day when someone told us of something shocking that had happened and I immediately said, “Jesus!” He put up his index finger and said, “never do that again!” And I haven’t, because I suddenly understood how casual I had become about the One I love, whose Name is not to be spoken in vain, as the second Commandment puts it.

Out of respect for other religions we sometimes water down who Jesus really is, placing Him on the same level as Buddha or Mohammed or some other inspiring religious leader. But Jesus is not on the same level, He is not equal – He is above all others and He is Lord. He is God. It doesn’t mean that we cannot at the same time respect other religions and it doesn’t mean that we force our faith on others but if we who claim to follow Christ do not accept Him for who He really is, then there is no point to our faith.

Twice in the past week I’ve been asked why we as Catholic Christians go out to convert people from other religions and cultures. Should we not just respect them? My answer is firstly, we have been commissioned by Jesus himself to go out into the whole world and proclaim the Good News. That’s where the impulse to convert others originates – in Jesus. But before we reach the point of going out, we have to begin with our personal relationship with Him. He is first and foremost a person, second Person of the Blessed Trinity, to be encountered personally before we become engaged in mission, theology or formal religion. If that personal foundation is missing then all the rest of it is built on sand – which is something I’ve heard said about the collapse of faith in Ireland. It would seem that the staunch faith of which we were so proud, was built on sand rather than on the person of Jesus.

Before the first disciples became Apostles, they had to get to know Jesus, spend time with Him, be inspired by Him and a perfect example of this is Andrew who spent a day with Jesus and was so animated by the experience that he ran to find his brother Simon to tell him, “we have found the Messiah!” The excitement of this discovery is central. When you encounter Jesus you cannot remain silent, cannot contain yourself. You have to tell others.

On a more mundane level when we’re excited by a football team, we have to talk about them. When we were young and music was of the essence to our lives we would meet with friends and say with great enthusiasm, for example, “have you heard David Bowie’s ‘Aladdin Sane’?” We brought each other home to hear the music of the other.

And a couple newly in love will not be able to keep their love silent or hidden from others – even if no words are spoken, the look of love is evident in their eyes. When we experience Charismatic Renewal in the 1970’s we couldn’t contain ourselves and probably went overboard talking about it. So, when we are touched by Jesus, loved by Him and love Him in return, we cannot keep it hidden. He is a joy to be shared!

I’m not sure if St. Francis actually said this but it is claimed that when he sent the brothers to preach the Gospel, he told them to speak only if it was necessary. The implication being that the Gospel is preached by presence, by the witness and evidence of our lives.

Jesus is the Light of the candle burning in the cathedral of our heart - cherished, loved warmly and enthusiastically. He draws people to Himself by inspiration rather than by force. We too as a community have proved in many ways the power of attraction, the attraction of our presence in this little corner of the Old Town. People have wandered in and found peace among us, and a home!

"It is only right that I should feel like this towards you all, because you have a place in my heart, since you have all shared together in the grace that has been mine" (Philippians 1:7) 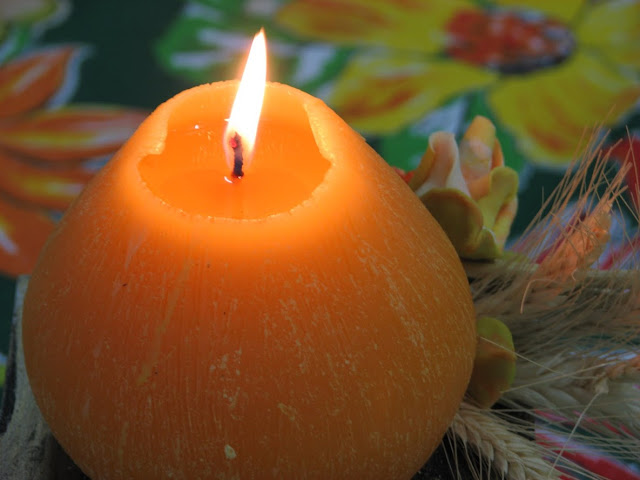